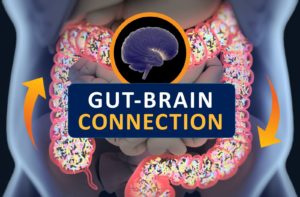 of chemotherapy and other cancer treatments. Patients who have undergone surgery and had antibiotic treatment also suffer from damage to functionality and volume of their microbiome. As a result recovery time can be impeded and sometimes gut bacteria struggle to return to balance.

Until recently, doctors thought that the answer was to prescribe probiotics containing billions of “live” bacteria of various strains and types.  However a recent report from the Medical College of Georgia at Augusta university stated yet another health issue with consuming “live” bacteria  probiotics.

When investigators looked further they found large colonies of bacteria breeding in the patients’ small intestines, and high levels of D-lactic acid being produced by the bacteria lactobacillus causing fermentation of sugars in food. D-lactic acid is known to be temporarily toxic to brain cells, interfering with cognition, thinking and sense of time.

So many of my patients complain they experience brain fog as a result of chemotherapy; however I am wondering if there is also a connection with patients who are having chemotherapy and also taking probiotics?

Given some chemotherapies cause slow colon transit time it could mean “live” bacteria probiotics are being delayed in transit in both the small and large intestine of patients; creating D-Lactic acid or lactic acidosis. I will be pursuing this line of questioning and my own research with new and past patients re their experience with “live” bacteria probiotic consumption and brain fog!

Many of my cancer patients also report they experience greater clarity and clearing of brain fog when taking LACTIS.

Over 90% of our cancer patients report positive health gains from LACTIS.

“I have had digestive problems, including severe constipation, all my life. Now with LACTIS all symptoms have disappeared & my life is normal.”

“I usually get constipated when I travel. But; after using LACTIS this does not no longer happens. I’ve had no interruption to normal bowel function.”